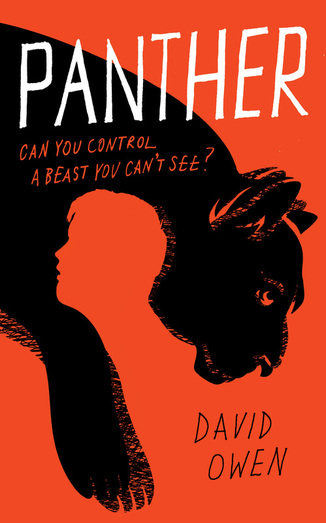 
Panther tells the story of Derrick, whose family is being torn apart by his sister’s depression and her recent suicide attempt. When rumours start to circulate that a panther is roaming wild in his south London suburb, Derrick decides to try and capture it. Surely if he can just find a way to tame the panther, he’ll be able to put his life back together too?
​
Panther is a funny, touching, and occasionally unsettling coming-of-age story, which deals candidly with the stigmas and misunderstandings surrounding depression.

THE FALLEN CHILDREN (2017)
They Will Rise


The Fallen Children is a contemporary reimagining of John Wyndham's classic 1957 book The Midwich Cuckoos.

It tells the story of four teenagers who live in Midwich Tower, a council block, who are determined to make something of their lives. Until one night something happens to the whole block that might have snatched away their futures forever.

The Fallen Children is available now from Atom Books. 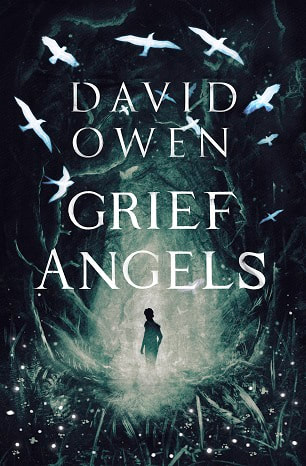 ​15-year-old Owen Marlow is experiencing a great, disorienting loss after his father suddenly passed away and his mother moved them to a new town. None of his old friends knew how to confront his grief, so he's given up on trying to make new ones.

There is one guy at school who might prove to be different if he gives him a chance but lately, Owen has been overwhelmed by his sadness. He's started to have strange, powerful hallucinations of skeletal birds circling above him. Owen tells himself that these visions are just his brain's way of trying to cope - until one night, the birds descend and take him to an otherworldly forest. There, he is asked to go on a dangerous journey that promises to bring him the understanding he so desperately seeks - if he can survive it.

Grief Angels is an urgent and heartfelt look at the power of nostalgia and the many different forms of grief. It's about young men learning how to share their stories, and teens discovering who they are, and who they might one day become. 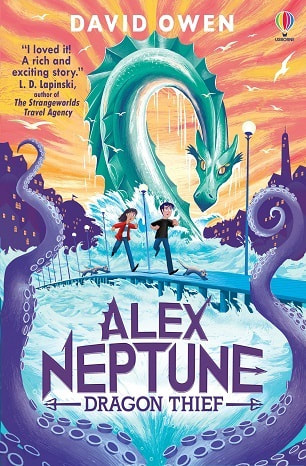 Alex Neptune, Dragon Thief (2022)
Meet Alex Neptune, the boy with the power of the ocean in his hands - a brand-new hero for fans of Percy Jackson and Dragon Realm!

For as long as Alex Neptune can remember, the ocean has been trying to kill him. So he's not too happy when a bunch of sea creatures drag him to the abandoned aquarium on the hill, where an imprisoned water dragon needs his help. But how can he say no to a magical myth?
​
Recruiting his tech-genius best friend Zoey, legend-lover Anil, a sharp-shooting octopus, four acrobatic otters and a thieving seagull, Alex plots a heist to break the dragon out. And suddenly discovers the power of the ocean at his fingertips...